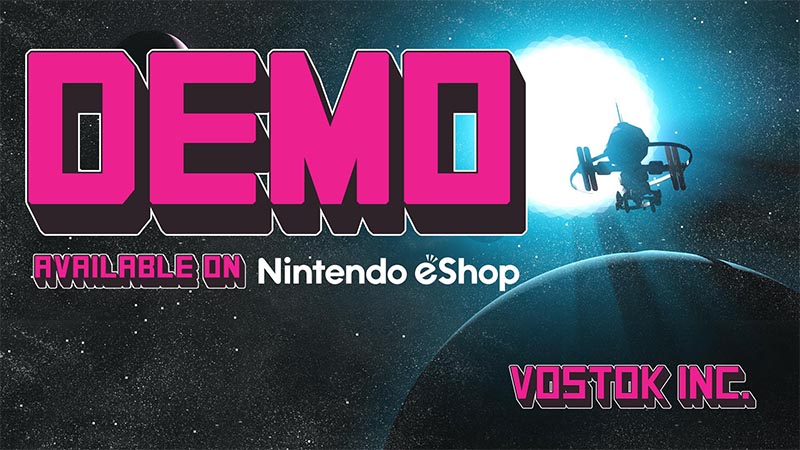 Today the new Vostok Inc. Demo officially launches on Nintendo Switch! Live on the US, EU and Japanese eShop from the 15th March, the demo gives players access to the first solar system, and one million moolah, enabling them to begin their upward spiral of addiction to one of 2017’s most beloved Nintendo Switch releases.

In Vostok Inc., you play as a corrupt, narcissistic yuppie, hell-bent on raking in as much money as possible in a greed-driven, twin-stick shooter without a conscience. As the newly-appointed CEO of Vostok Inc., you have one goal: to become filthy, stinking rich. Piloting your very own ship, explore and exploit more than 40 planets across six different solar systems in your quest to earn ludicrous amounts of MOOLAH!

Get the demo now from the Nintendo eShop!

Whilst playing the demo, players that share screenshots will be in with a chance of winning the full game. For details, follow @vostokinc.