BUILDING MOTORHEAD THROUGH THE AGES People often ask how the Victor Vran expansion, Motörhead Through The Ages, came to be. How the hell do you get a rock band in an ARPG? To answer this, Creative Producer, Achim Heidelauf fills us in on what went down, and surprisingly it all started in Germany, 24 years ago...

When it comes to Lemmy, the first memory I have is me sitting in front of a TINY TV with my best friend back then, Michael. He got a crappy copy of the movie Eat the Rich on VHS. This is when I heard Motörhead the first time and when I saw Lemmy the first time. And man, he was so fucking cool and real... and a bit scary! I was so impressed. And the MUSIC man. I watched the end credits with DOC ROCK so often that the fucking tape broke eventually!

My earliest "meeting him" memory was when I was brought into his backstage room in Dortmund... I was 16 or so, nervous as hell. So nervous I still get the shivers. And there he was. Playing on a games machine. We started talking... or more: Lem talked... and I listened, in awe... I didn't get half of it (my English back then wasn't good enough.. and Lemmy's mumbling didn't help... HAHA) Although Lemmy realized that I didn't get every joke, every story he treated me with the biggest respect. He took HOURS of his time. I was in his room for like 3 hours... just hanging out with him. And then the manager, Todd, told him several times "Lem! GIG IN 2 MINUTES" and Lem was like "I AM TALKING TO THIS KID HERE! GIMME 10.." hahaha, and then he gave me the all access pass, I went straight to the photo aisle and then he welcomed me back after the show.... yeah.... that's the first memory... It still feels good.

The Motorhead DLC itself really had no reference in games... a tiny tiny bit of inspiration from Brutal Legend perhaps, but not really. We liked our Victor Vran soundtrack in general, but I pushed a bit for the team to try out "live rock music" while playing it. It gave it a very different feel to the more atmospheric, calmer, moody tracks... so, I discussed it with Gabriel - the genius behind Haemimont Games and one of my very best friends - and he put on some Motörhead (as he knew I lived and breathed the band anyway)... he loved it. So he said, "go, ask them if they'd give us a song or two."....and so I did. And the more I talked with Todd Singerman and the nice people at Global, the more the band got involved, the more our discussions went into a "hey -- why should we just give you a few songs? Why don't you create an entire game about the band?"

Lemmy was involved the most, due to his major role in the game. And of course, when it came to the weapons – as everybody knows he was an avid collector of swords and knives. So, we got a lot of comments from him about the weapons concepts we created. It was a lot of fun to get Lemmy’s direct feedback which was, of course, never censored… couldn’t be more direct in fact, like “this one is total nonsense! It would fucking break in a few seconds when you use it! Make this part thicker!!”… “This is silly!! Scrap it!” Lemmy also explained exactly what he wanted to be in the game (Victor's Mentor). And we talked about the big question "should players be able to play YOU as a character? Phil? Mikkey? The former members?"

What I always found remarkable about Lemmy, apart from the fact that he was decent and fun and just so bloody cool, was his patience with his fans. Even with the ones that approached him like he was just waiting for them to approach him, you know. Annoying ones, in my opinion. He never ever lost his patience, was always friendly, gave an autograph, posed for a photo. Really down to earth and I thought that was really cool. I spent a day with Lemmy and we walked to the Cat's Club on Sunset, Phil's birthday party. People screamed from cars, while we were walking. Me beside the man. That felt quite crazy. Lemmy and Phil played on a tiny stage, everything felt totally private, like in someone's living room. That was a good day, a good memory,

And then we lost Lemmy.

We were devastated. We will always be. From there on, the game turned much more into a tribute but making it has not been therapeutic really. Unfortunately. To be constantly reminded that he is not with us anymore hurts like hell. And then you have to change parts of the game, parts of the vision behind it. And you imagine "how it could have been" and how much fun it would have been to further discuss the game concept and Lemmy's lines in the script and all that. And you imagine how it would have been when Lemmy beats your ass in your own game and laughs his ass off while doing so! HAHA!! ...anyway, I don't want to drag this and emotions kick in. So, the proudest moment is just the fact that this exists now. That the vision which many found odd at first ("what would a Motörhead game look like? This will never work out! A game about one band? Crazy!") is now there to be experienced by all of you. And that it could perhaps introduce the band and their attitude and history to a few new gamers who will be amazed by this great band.

Learn more about Victor Vran and the Motörhead Collectors Edition

Watch the Motörhead Through The Ages Collector's Edition Promo 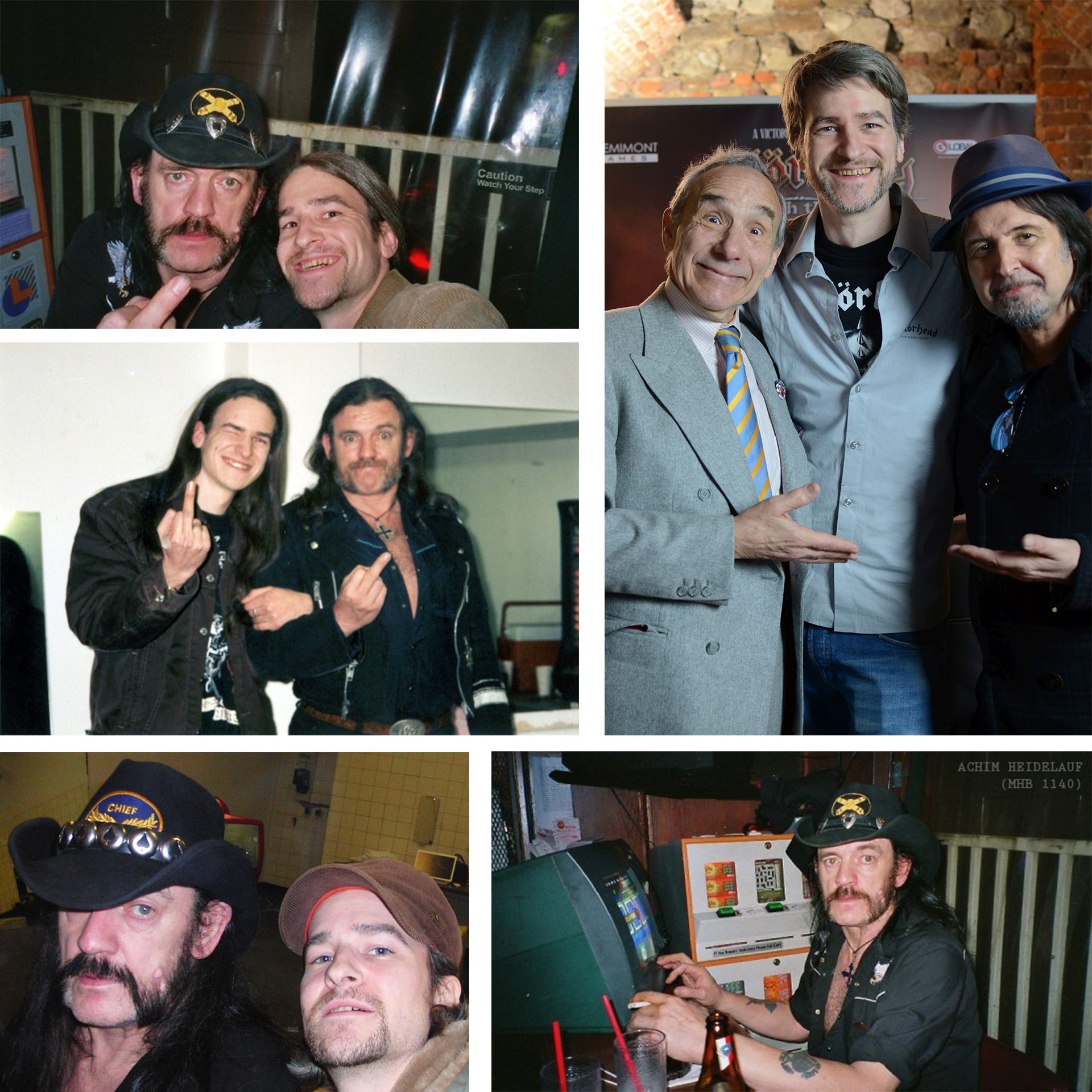 ACHIM WANTS TO TAKE THE OPPORTUNITY TO THANK THE FOLLOWING:

For all the patience he had with the teen version of myself  : )  and for all the time and effort he puts into the Motörheadbangers aka best fan club in the Wörld!

When you came on board of this project, it made my life so much easier, mate!

Lloyd Kaufman
For being such a lovely, creative genius and an important pillar in my life. Like THAT kind of a pillar...  ; D

Coz you are the most passionate publishing team there is! I can not praise the collaboration enough!

Gaby & my lovely colleagues at Haemimont

Who bravely endured my creative (crazy) ramblings, took them and made something truly great out of it!

For being a crucial part of my life since I can remember. For making my life whole.

And Lemmy - for making me a better person!